TDL Equipment is set to deliver the final machine of the biggest single order for Sany excavators ever won by a European dealer. 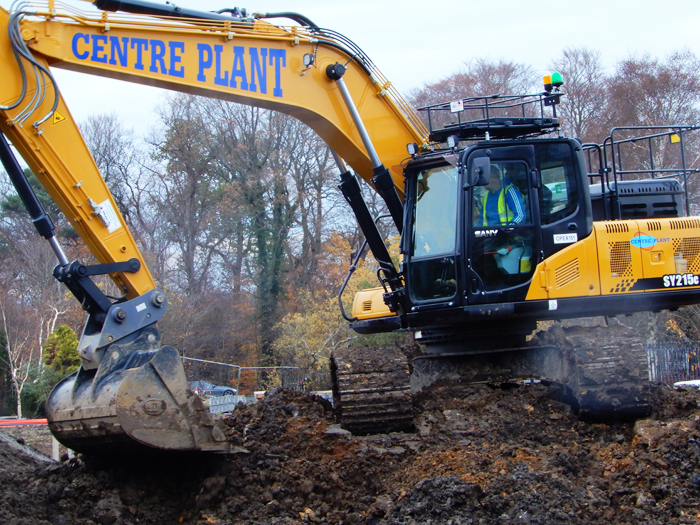 The deal for 23 machines valued at just under £2m is also the largest single fleet investment by Glasgow customer Centre Plant and sees it break a 26-year relationship with Case as iexclusive supplier of larger excavators.

Shipments have been arriving since August and the final machine, an SY365, is currently en route from the Sany factory in China to join the 22 others in the package. TDL saw off competition from Caterpillar, Volvo and Case dealers to win the landmark order.

Centre Plant is the sister operation of infrastructure and groundworks business Allma Construction and is responsible for supplying excavators and other equipment to Allma’s contracts with the country’s major house builders. It runs a fleet of 55 excavators from 13-35 tonnes and until now all were supplied exclusively by Case.

What changed? Managing director Pat McBride explained: “With the amount of machines we were looking to replace, we decided to go out to the market and got quotes for Case, Cat, Volvo and Sany machines. Once we looked at the prices and what was being offered, we whittled it down to Sany and Case.

“TDL did a very strong presentation, gave us 13- and 21-tonne machines on demo and we put two of our most experienced operators on them, guys we knew would moan and groan if there were any problems. The feedback was very positive. There were similarities between Case and Sany on big-ticket items such as engines and pumps but quite frankly, from a commercial point of view, Case was less competitive.”

It wasn’t an easy decision to change such a long association: in fact, Centre Plant at one time took on the Case dealership for a couple of years following the liquidation of previous incumbent Saville Tractors, and plant and parts manager Willie McMillan ran Saville’s operation in Scotland. 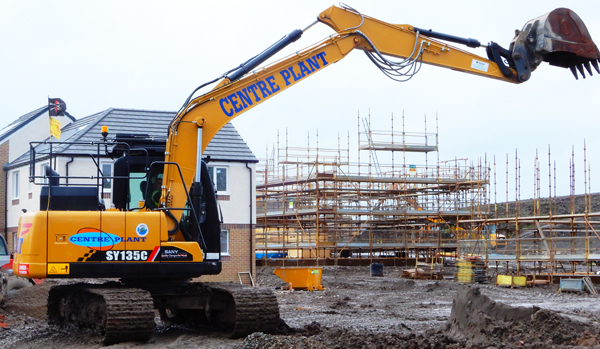 From beginning to completion, the negotiations with TDL took around six months, enough time for the new suitors to make a solid impression. McBride went on: “Because the machines we were changing had been well maintained and serviced by our own in-house fitters we weren’t under pressure to sign up to anything. I didn’t have much knowledge of the Sany product but when TDL came in they were enthusiastic, the spec we wanted was higher than standard so they went away, did their sums and came back with a good offer. They’ve worked hard at building the relationship.”

The other half of that relationship was led by Grant Maclaine, TDL’s regional sales manager. He explained: “Word was getting round that Allma was looking to replace machines and possibly change supplier. I contacted Willie McMillan who didn’t know a great deal about the Sany products but invited us to come in and meet him and Pat McBride. At that time they were looking to change just 12 machines and we supplied a 21-tonner and a 14-tonner for assessment. The reports coming back from the operators were good and the some months later the order was increased to 23 machines.”

Centre Plant joins the growing number of customers that have cemented Sany’s reputation in Scotland. AB2000, WH Malcolm, Garriock Bros., and Dow Waste Management (which has adapted a number of machines to high-rise cabs) are among the high-profile owners.

When the Chinese machines first arrived on the UK market there was uncertainty over residual values but that concern appears to have eased, certainly as far as Pat McBride is concerned. “The residuals are strong. We got some finance quotes when we were looking at these replacements and it’s not particularly an issue. The market is strong just now.”

Centre Plant normally renews every five years so the 32 Case excavators that remain in the fleet are not due to come up for replacement for another two/three years. “That gives Sany plenty of time to show us what they can do,” said Pat.

The order is made up of 15 SY135 models, 7 SY215s and the soon-to-arrive SY365. Standard spec includes automatic air-conditioning, two-way auxiliary hydraulics, rotation circuit, and the Sany 1-3-5 warranty (1 year/2,000 hours on the machine, 3 years/6,000 hours on powertrain and major components, and 5 years/10,000 hours structural on chassis, boom and arm.

Allma Construction was founded 26 years ago by chartered surveyor Pat McBride and his father Peter who between them have 80 years experience in the construction industry.

Current turnover is £30m and there are 300 employees, around 100 of them holding tickets for excavator operation. Every digger from 13 tonnes upwards has an assigned in-house operator.

The company has 20 mini excavators from 1.8 to 8.0 tonnes in a mix of Case and Takeuchi. It also runs dumpers, rollers, telehandlers, tippers and road sweepers.