As the customer of the world's largest horsepower mine grader, the international mining giant company has assigned technical experts and operators to XCMG to investigate and analyze the use of a XCMG GR5505 mine grader

Once in winter, Novosibirsk is filled with enduring snow, accompanied by the cold that penetrates into the bone and even polar bears could not withstand as the locals teased. Only occupying 6% of the total land area of Russia, Novosibirsk contains 60% of coal mines nationwide, where two XCMG mine graders GR5505 worked for 24 consecutive hours at full load at minus forty degrees! 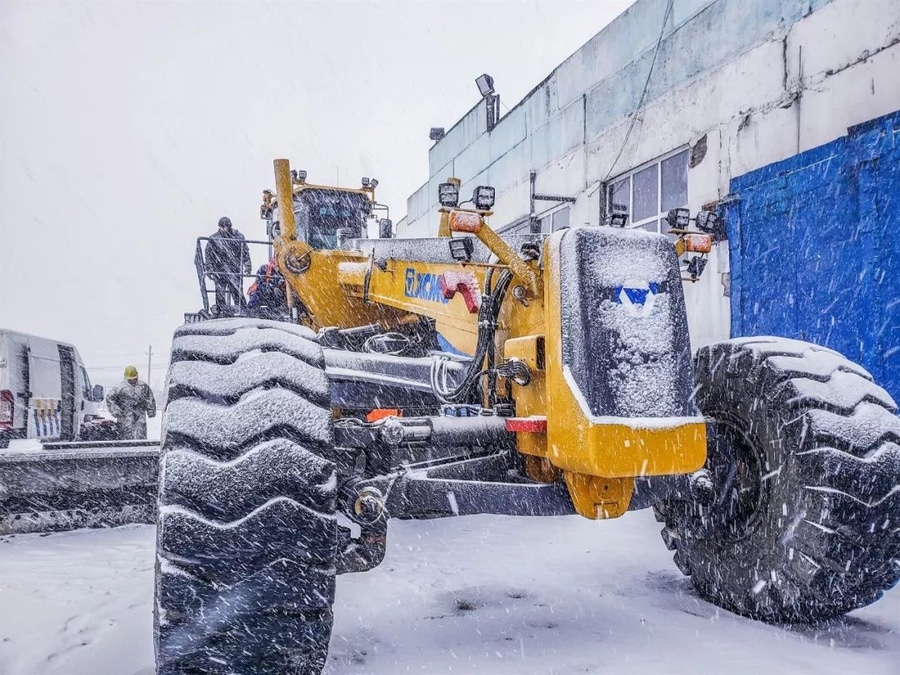 The attendance rate of 95% is a satisfactory result achieved by the two GR5505 in 6 months since its mobilization. As the customer of the world's largest horsepower mine grader, the international mining giant has assigned technical experts and operators to XCMG to investigate and analyze the use of a 550-horsepower mine grader in a large coal mine in Inner Mongolia. When driving this machine, the operators were conquered by its overall performance.

After its delivery in June this year, XCMG GR5505 lived up to expectations. They worked hard in the coal mines of Novosibirsk. With a high attendance rate of 95% under such severe conditions, the high-horsepower grader has made its “blue and gold banner” stand in the European high-end mining market!

Customer satisfaction is the greatest affirmation to the XCMG mine grader. Коля, an operator was very impressed with the heavy-duty device of XCMG grader. He praised the machine who fought alongside him since it worked for 24 hours in a row. The pressurized self-cleaning and the electric control double-handle in the cab not only provided him with a better working environment, but also greatly reduced his labor intensity, and a number of international advanced technologies such as ultra-low temperature adaptation, intelligent detection and fault diagnosis were also widely appreciated by the technicians of the project team.

European and American high-end mine grader markets have long been dominated by international brands for a long time. However, XCMG has taken a road of technological innovation. To meet the demand of road leveling of large open-pit mines at home and abroad, XCMG focuses on both competitiveness and details to develop the GR5505 mine grader targeting at the high-end market. GR5505, with its reliable construction performance, shows the ingenious quality of made in China in Siberia covered with ice and show!